Although the weather was not the best, quite a few members braved the cold and overcast conditions to take the opportunity to have a few flights and a good old fashioned natter with mates.

Mike B had provided some mulled wine to help keep folks warm and that together with some mince pies, the scene was set for an enjoyable morning’s flying.

It was really good to see such a good turnout of members and also see a couple of new models (Mike B’s EFlite ‘Turbo’, Chris W’s ‘Wot 4′ and Paul Reynolds’ MFA Hummingbird’ ….I think that was what it was ) take to the skies.

Here’s a few shots of those hardy souls who came down to Chouet this morning. 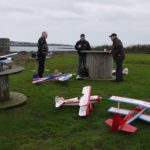 Time for a quick catch up with old friends 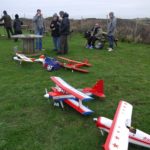 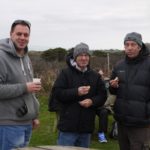 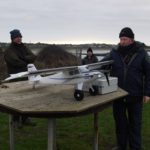 Mike Burton’s’Turbo’ just before power up and the first flight of the day. 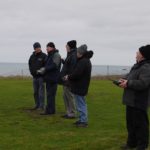 Yes… it was cold, hence the thick coats ! 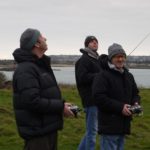 Hey Mick, I think Dave’s nicked your aerial either that or he’s going fishing 🙂