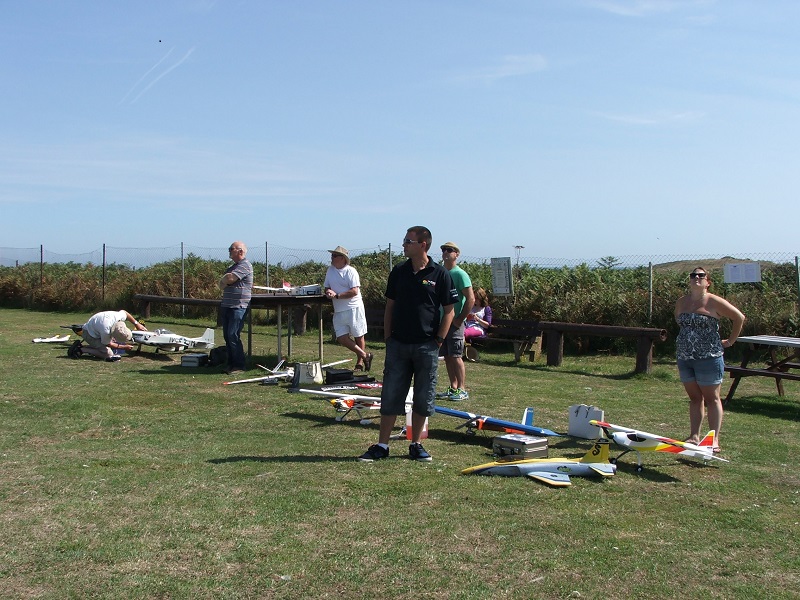 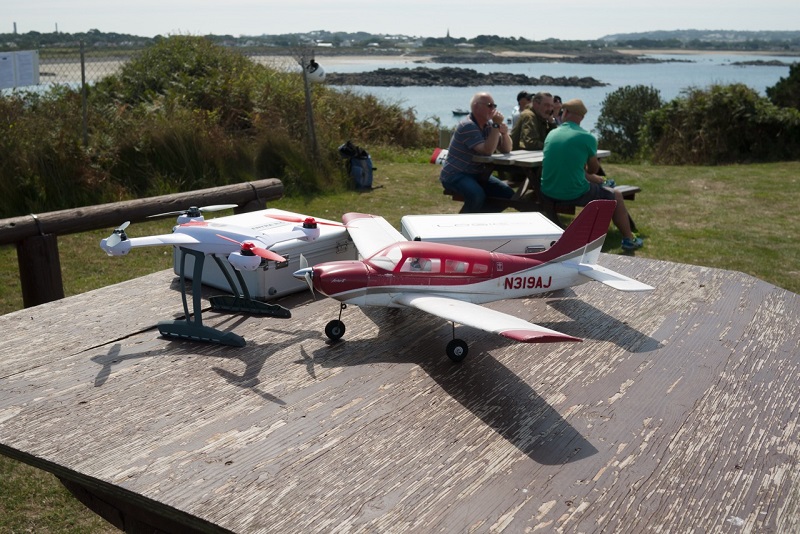 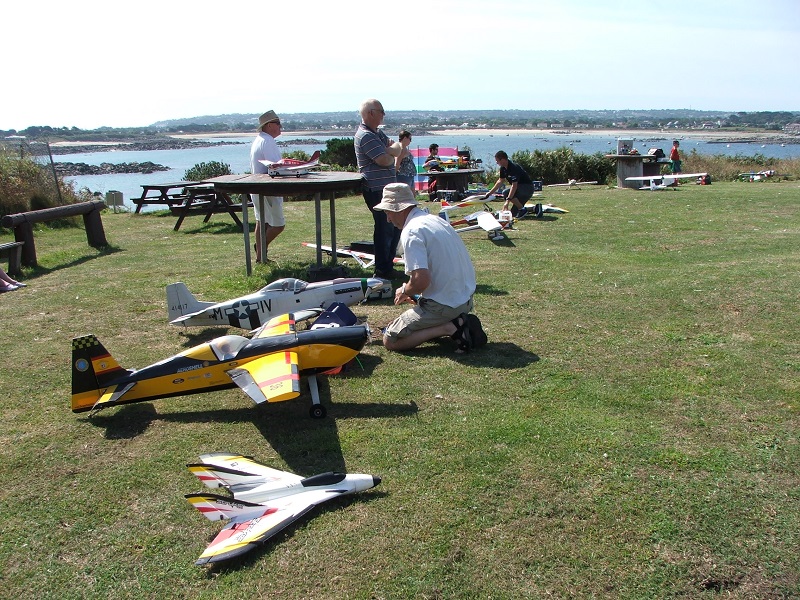 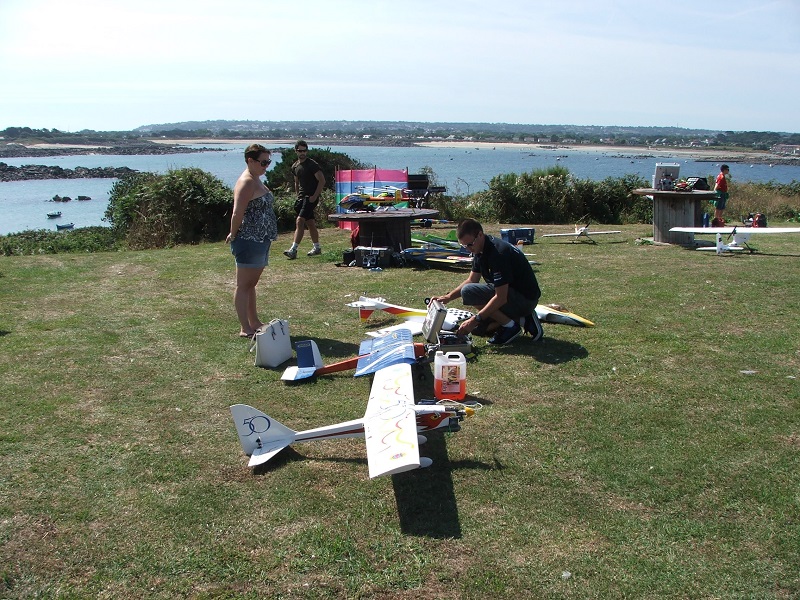 Dave Wilkinson dusted off some of his models and gave them a good thrashing around the sky just to prove he hasn’t lost his touch ! 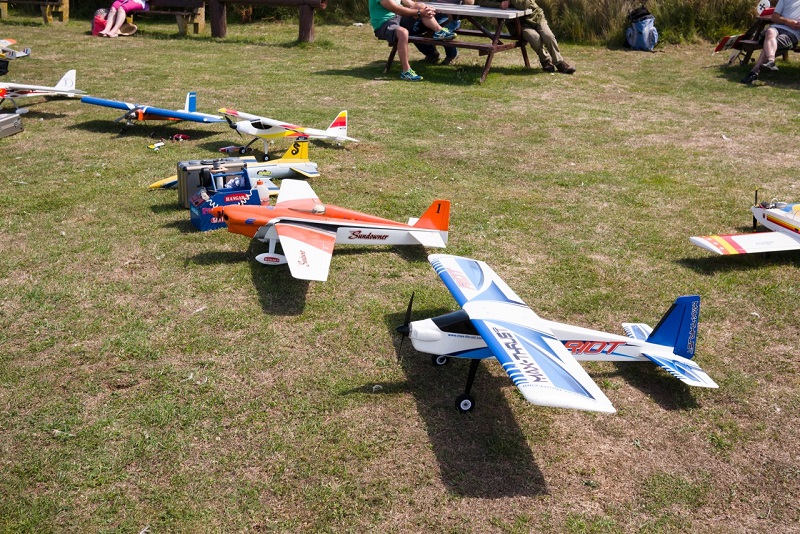 Keeping with the Wilkinson family theme.. here are a couple of Mick’s aircraft – ‘Sundowner’ and a Max Thrust ‘Riot’ 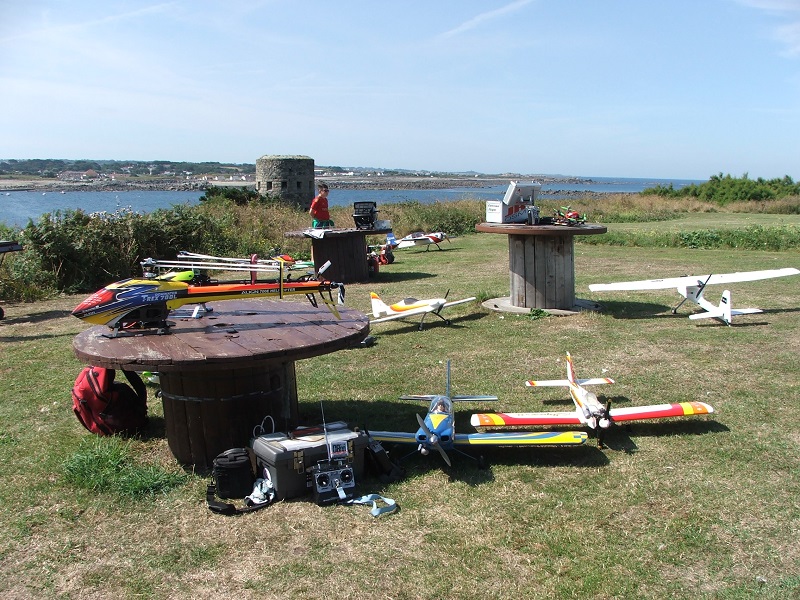 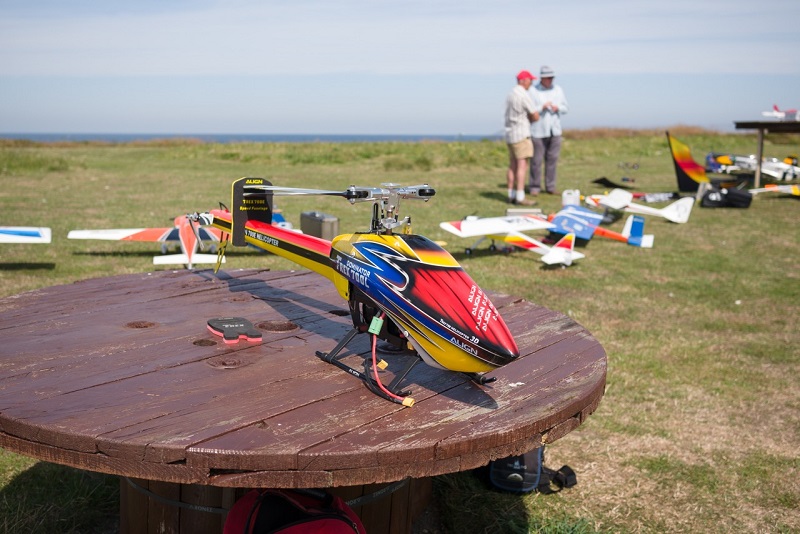 Very purposeful looking T Rex 700L ‘Dominator’ belonging to TimSkillet… safe to say it flies as well as it looks ! 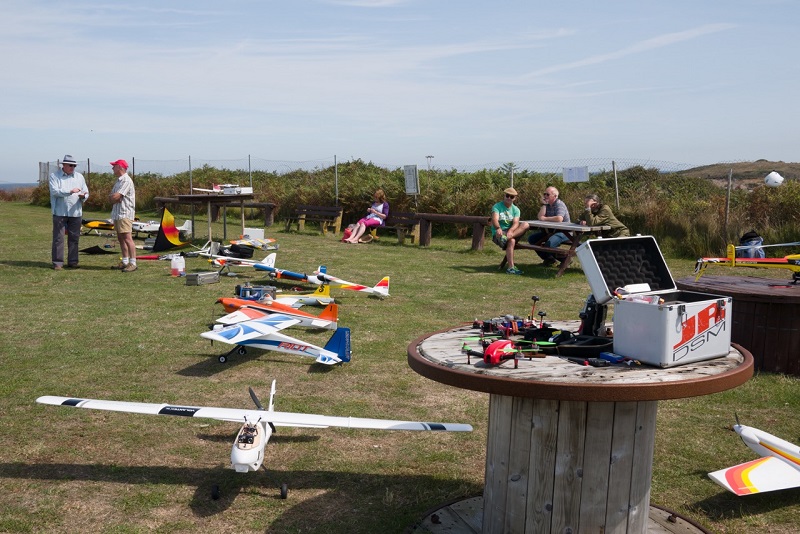 FPV gear on the table courtesy of Dave Vivian, also a racing quad if you really want things to get interesting!! 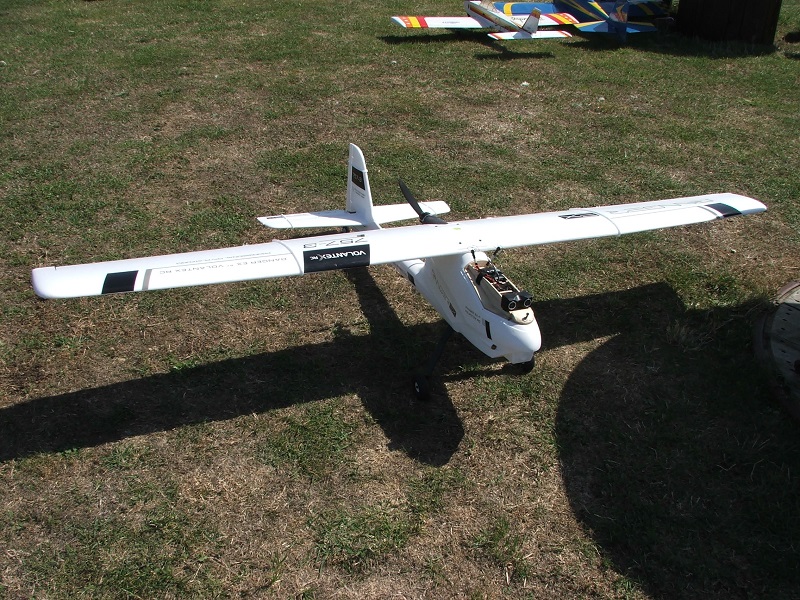 Dave Vivian has been enjoying good success with his FPV exploits just recently. This latest aircraft – Volante X, was landed by him completely FPV with Mike B doing the honours as ‘spotter’. 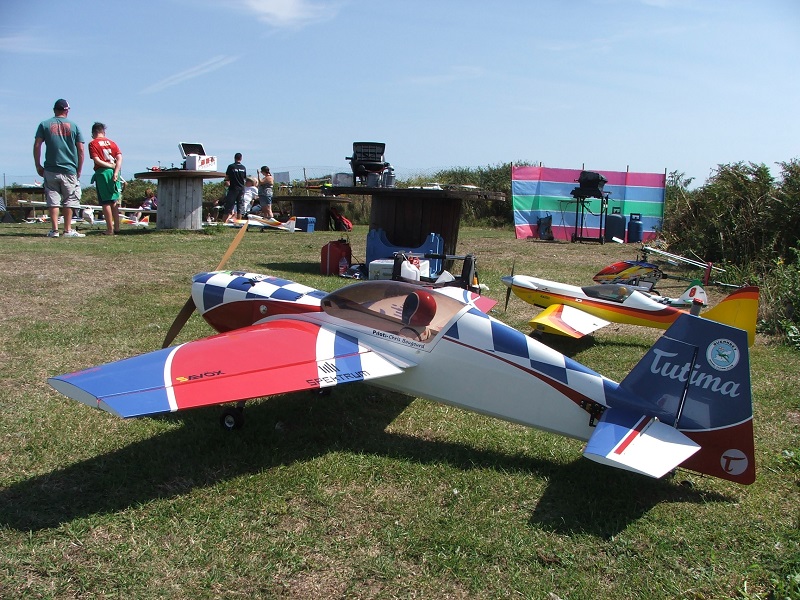 Chris Bougourd’s fleet in shot this time, this TUTIMA is lovely to watch in the air, very stable. 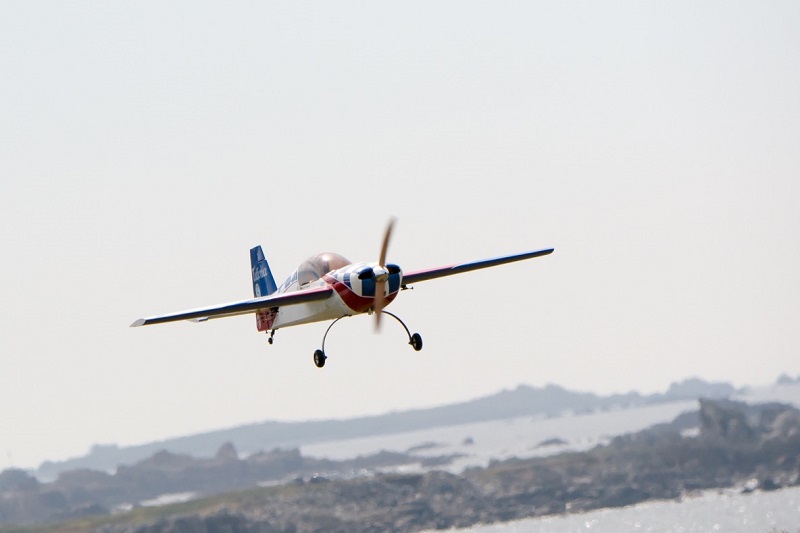 Chris Wilkinson’s flying shot of Chris Bougourd’s ‘Tutima’ as it makes its approach before landing.

Ian Barker has just finished rigging his Vector Kite – control is achieved by pivoting a ‘tractor’ prop unit so as to give a ‘vectored thrust’ – very cunning and very effective! 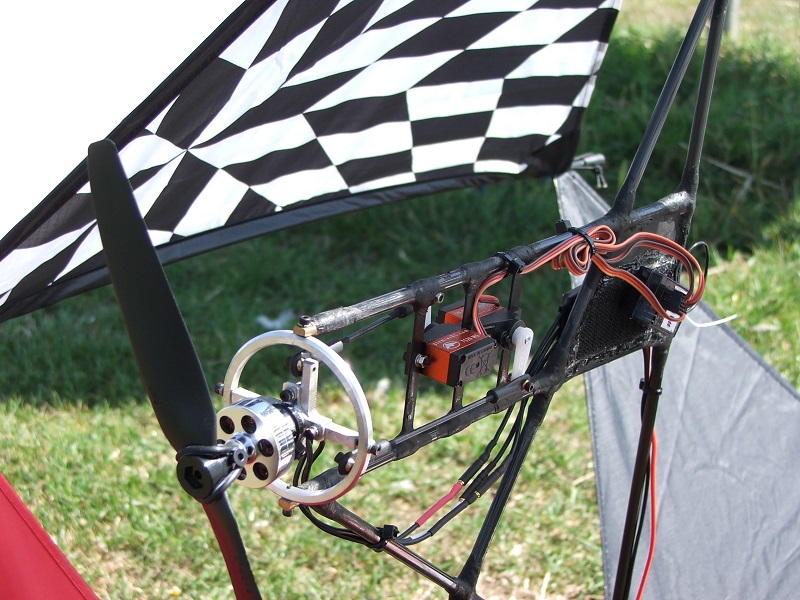 Close up of the vectored thrust unit – the beauty of this arrangement also is that it can be swapped between kites, as Ian later demonstrated. 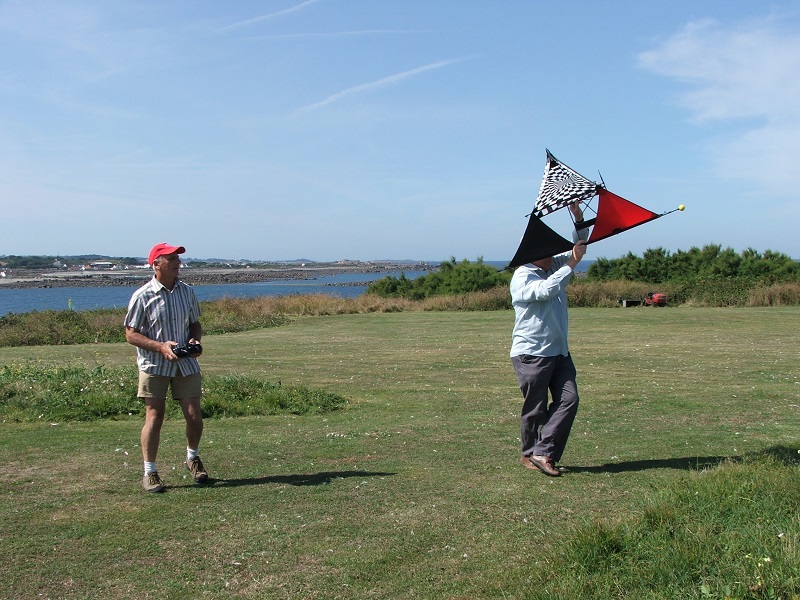 Mike Burton about to do the honours and launch the ‘kite’ 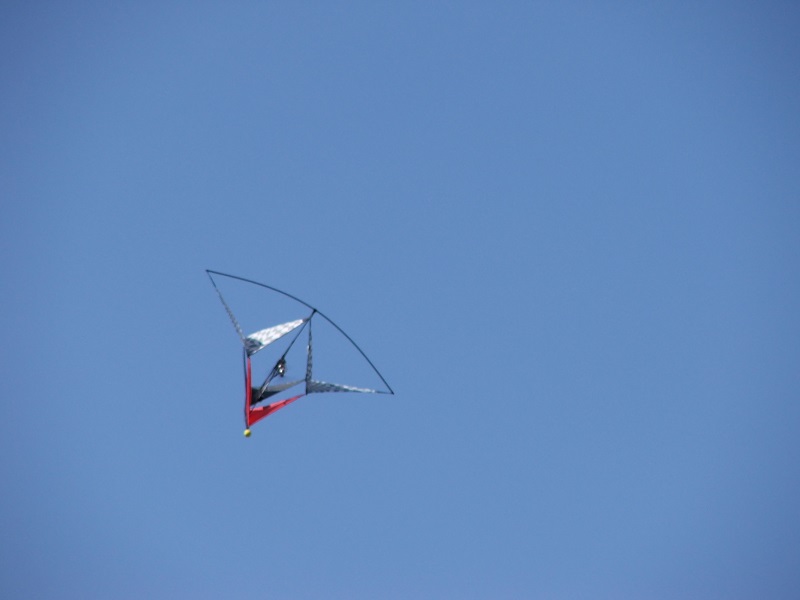 Quite a different view of an aircraft compared to what we would normally see, I think you’ll agree? 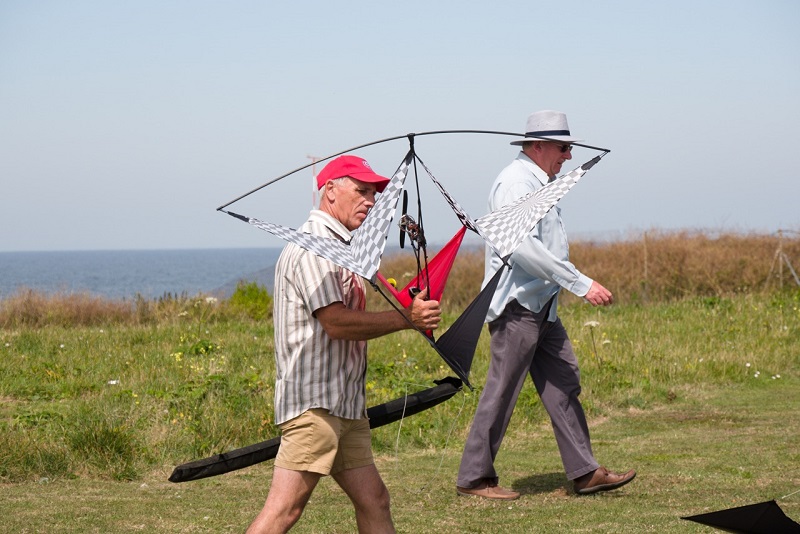 Back to the pits for a change of airframe ! 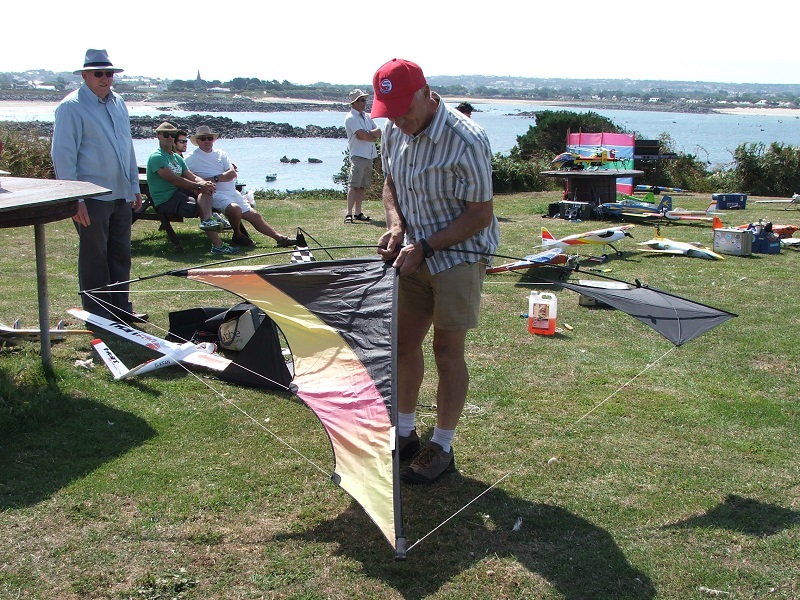 Ian seen here rigging the larger kite – about 8′ overall span; motor unit next to be installed once removed from kite flown earlier. 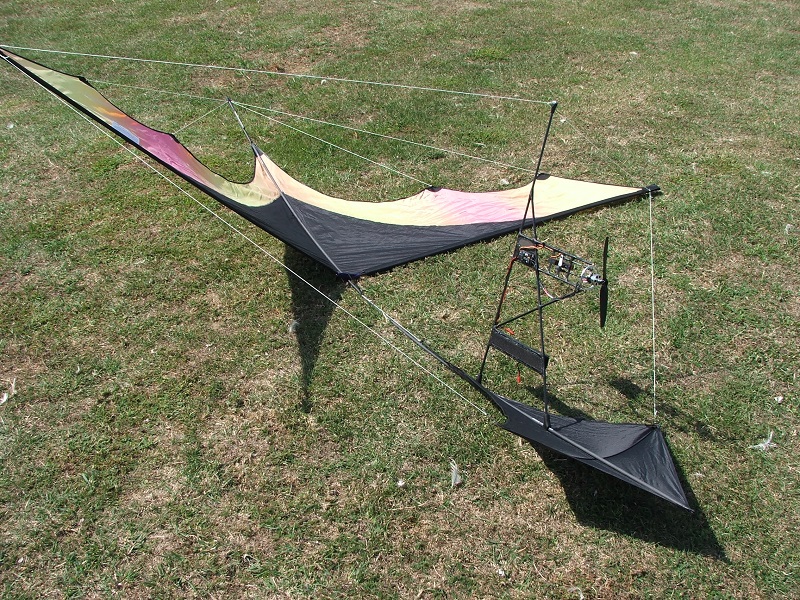 Fully rigged and ready to go with motor unit now installed. It is a ‘tractor’ set up, so flies with smaller lifting ‘wing’ at front.. just like a canard. 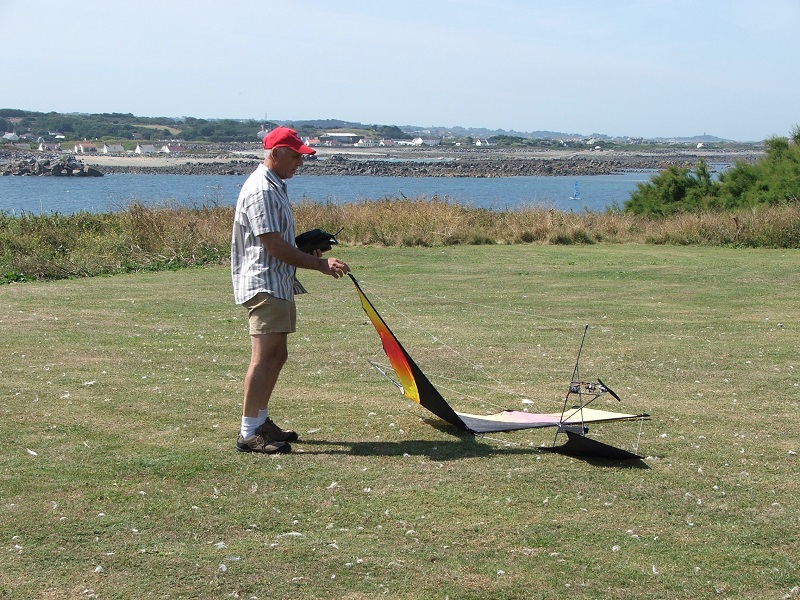 Ian steadies the wing prior to launch, this particular kite version will also take off from the grass in lower wind speeds. 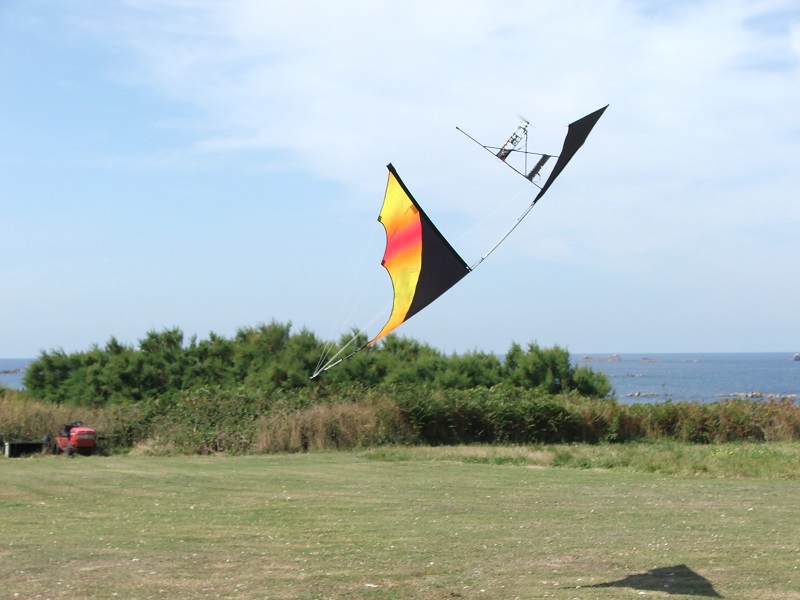 Now that’s what I call a high rate of climb !!! 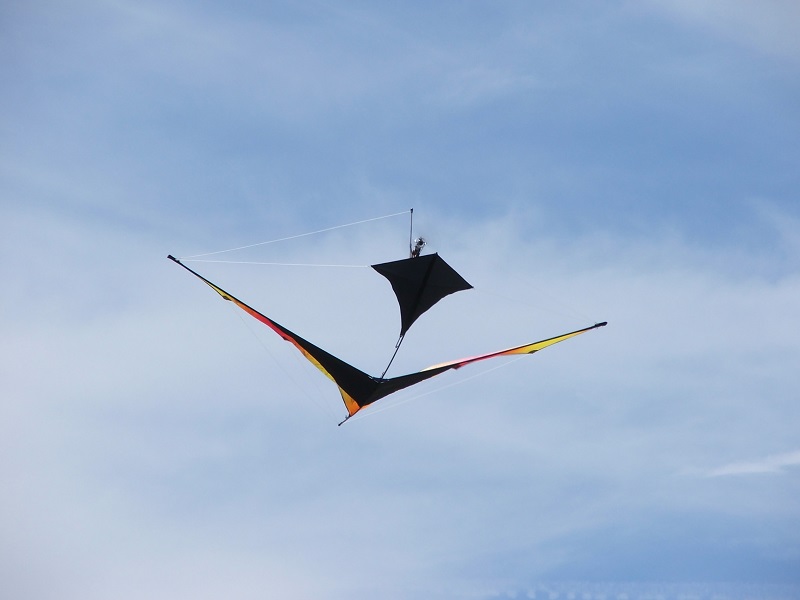 Pretty as a picture on a slow flypast 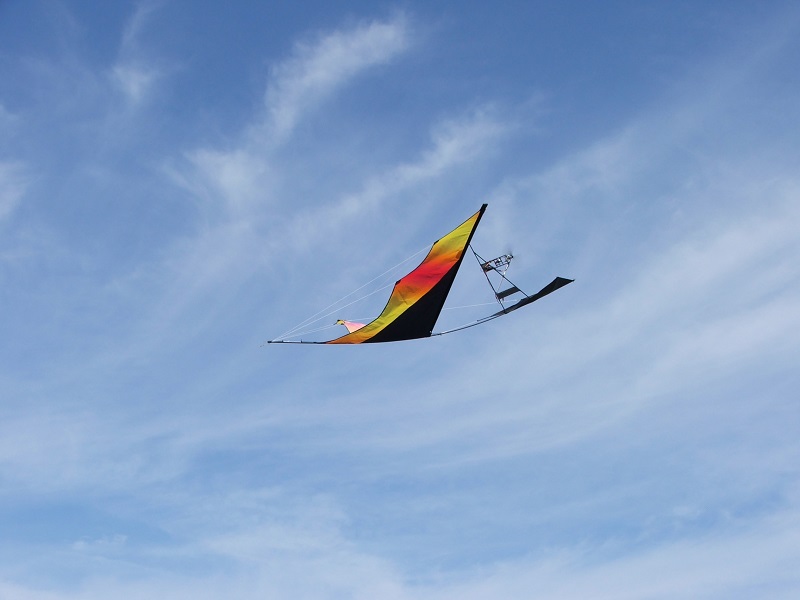 Nice side shot of this unusual craft. 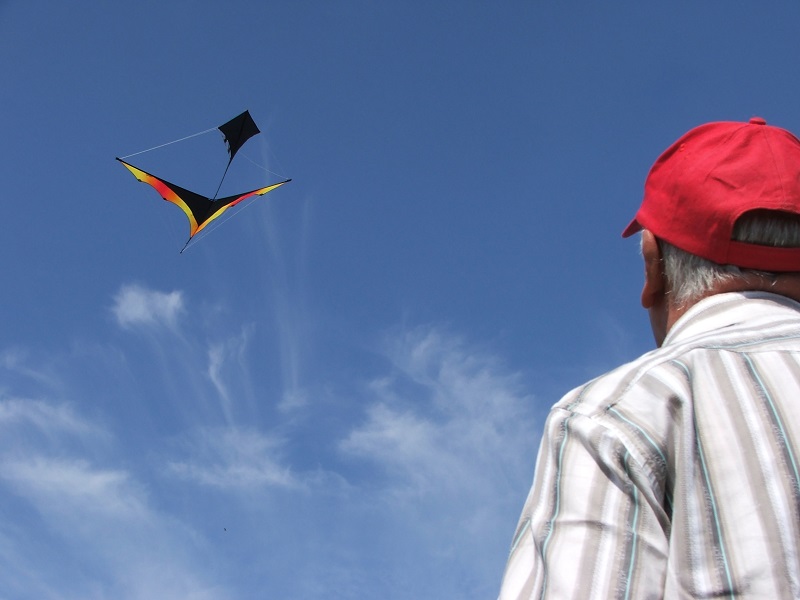 The pilot and his flying machine ! 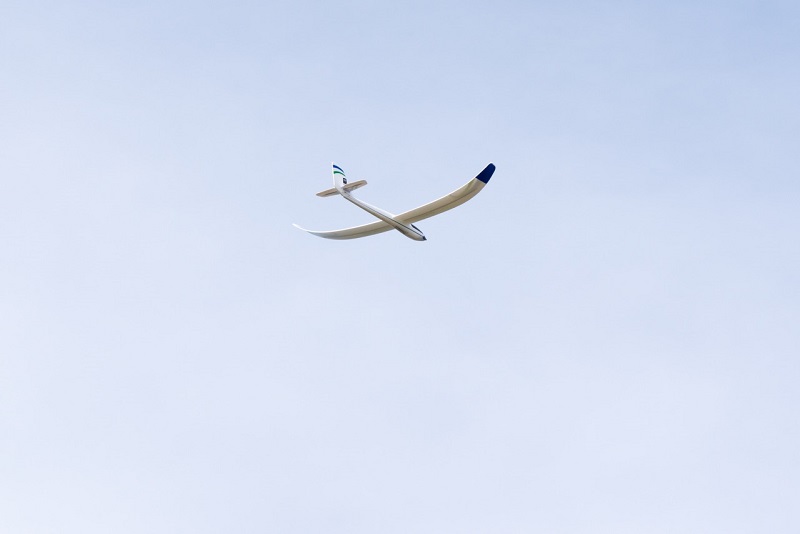 Lovely powered glider courtesy of Alan Howell, who has returned to modelling quite recently after a few years break. Welcome back Alan.