On Sunday 20th May, the site at Chouet played host to quite a few ‘warbird’ models. Some were constructed quite recently, whilst others were ‘old timers’ that were dragged back into service for this event. Whilst the wind proved ‘challenging’ at times, there were no major incidences and the members had some great fun flying their models in true warbird style. The photos below are courtesy of Geoff Brehaut, who did a great job in capturing the spirit of the day. 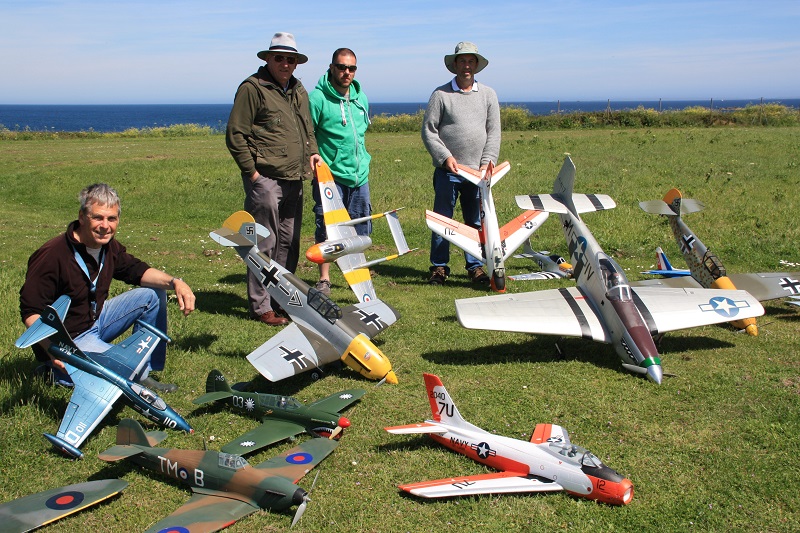 Just some of the models and pilots that took part, huge thanks to all who turned up to support the event. 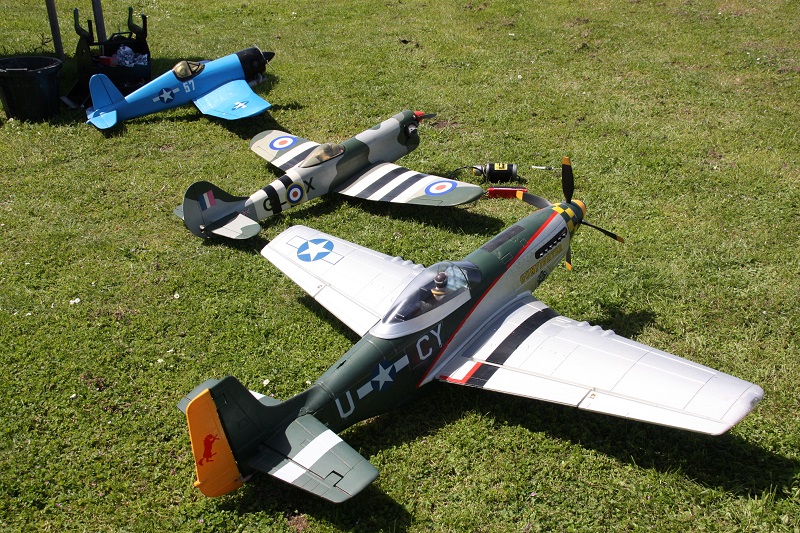 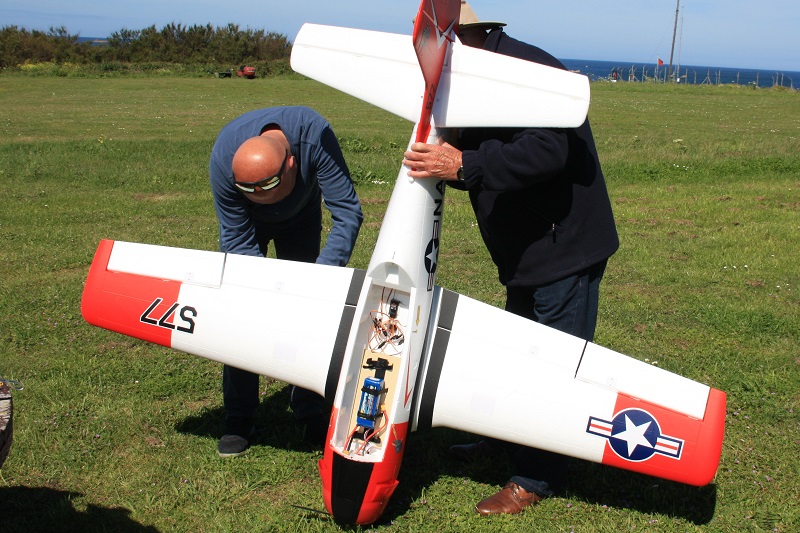 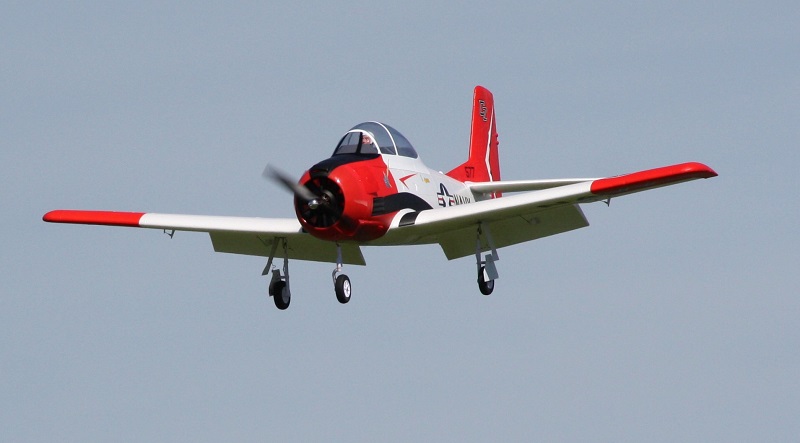 Andy’s T28 on final approach, flaps deployed & ready for a smooth landing. This aircraft is really stable in flight and looks totally realistic. 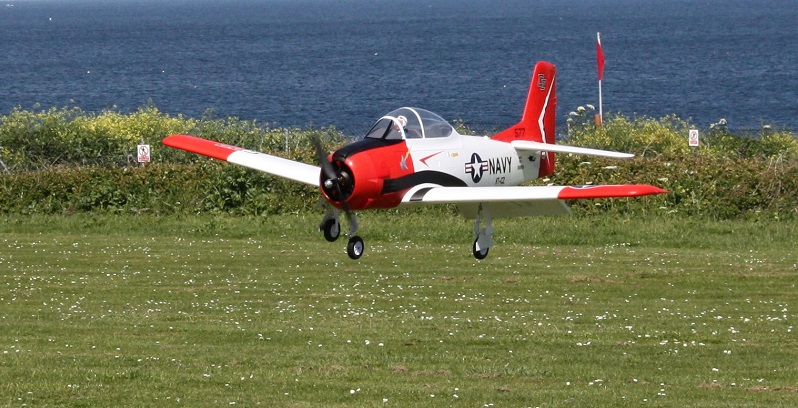 Over the threshold and about to touch down… another successful sortie! 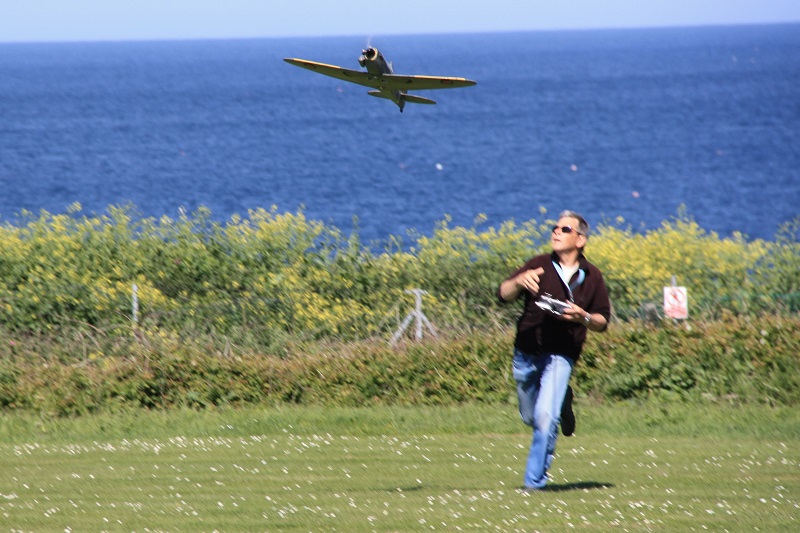 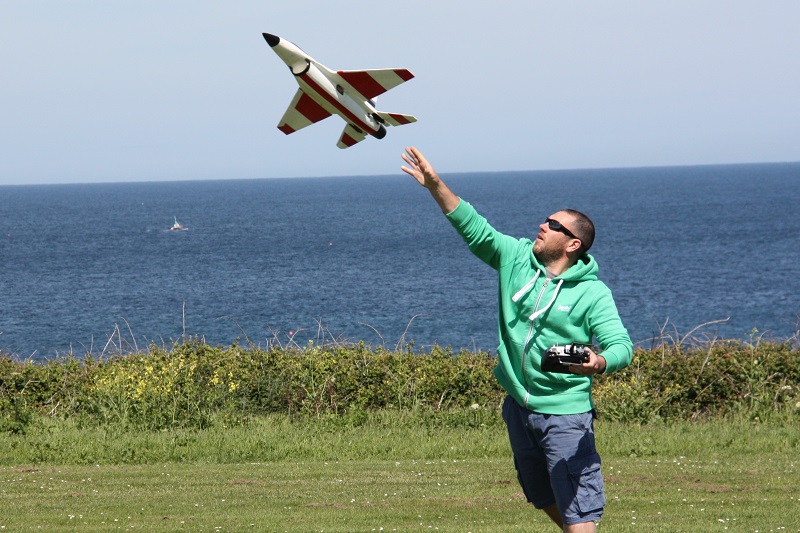 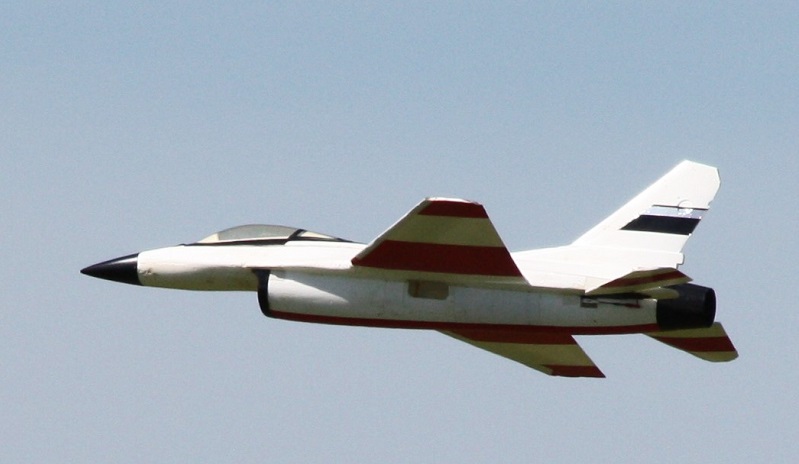 This little jet looks great in the air.. really moves too ! 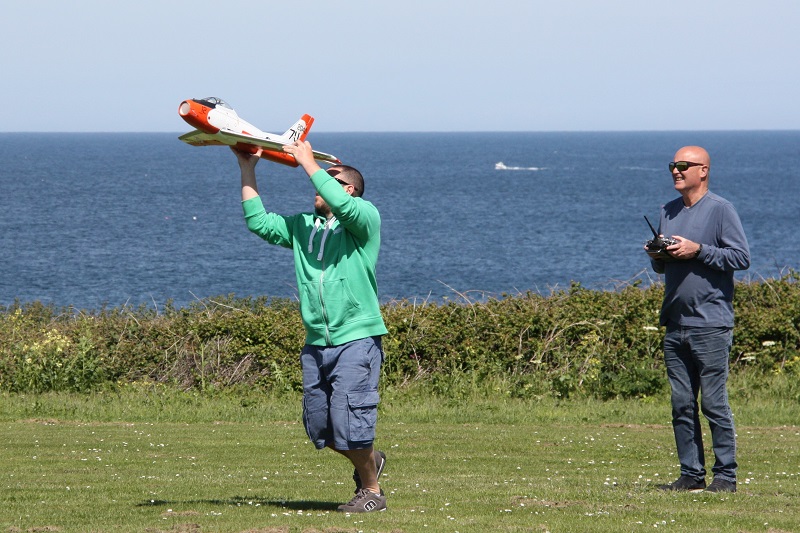 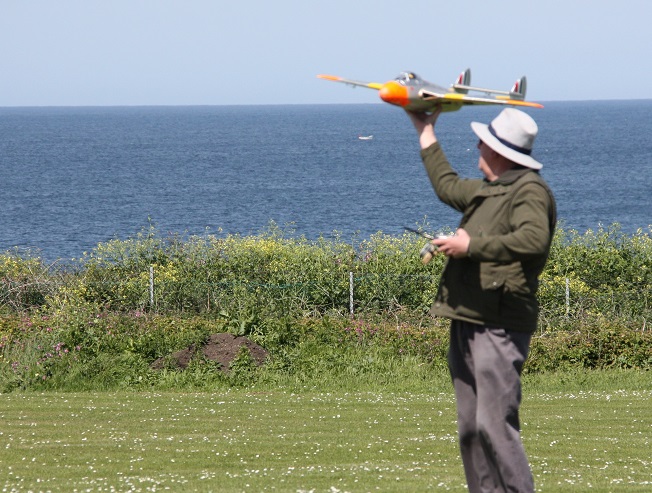 Mike Burton about to launch his lovely DH Vampire 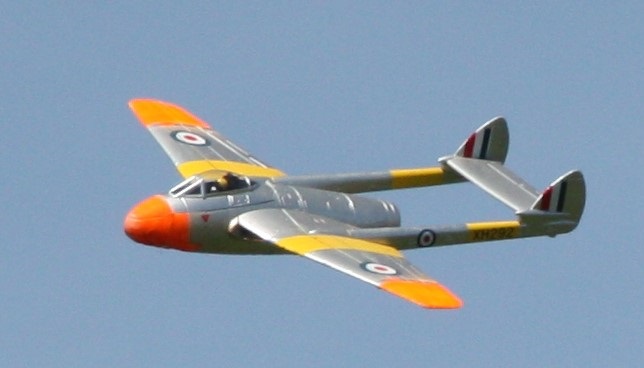 Looks great in the air this model and sounds good too 🙂 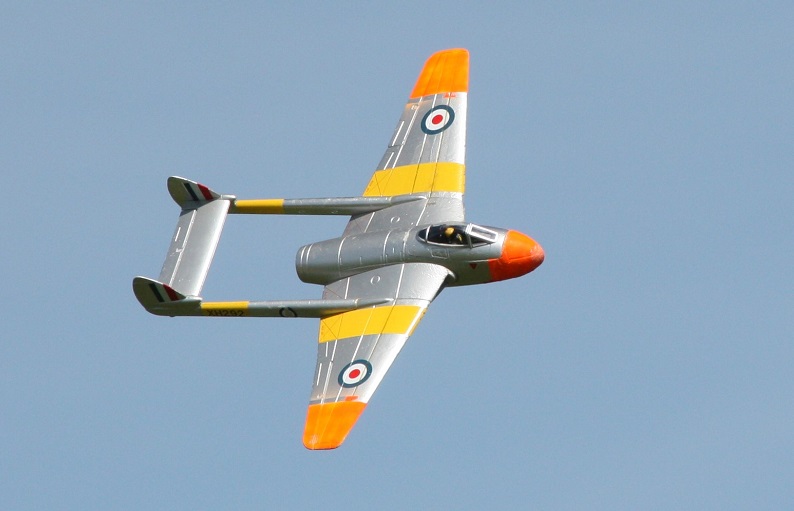 Another atmospheric shot of this beautiful aircraft. 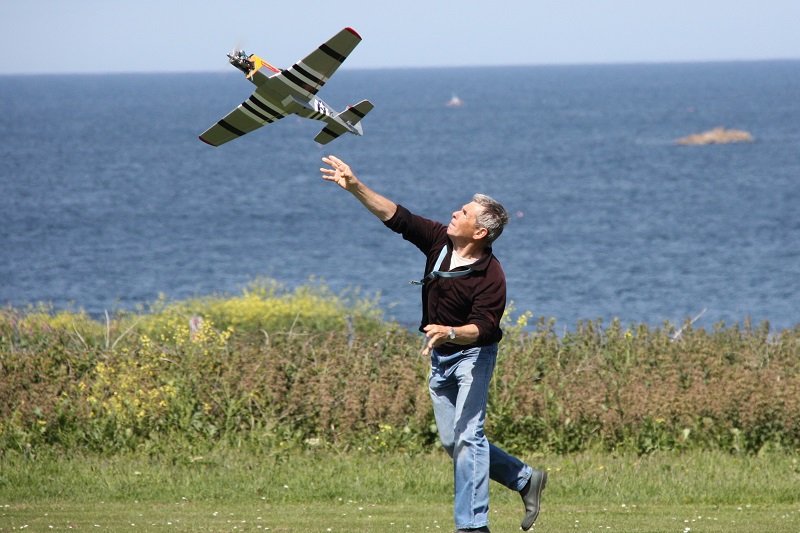 Chris Bougourd’s small Mustang gets a helping hand to get airborne.. courtesy of that veteran again ! This model certainly didn’t hang about. 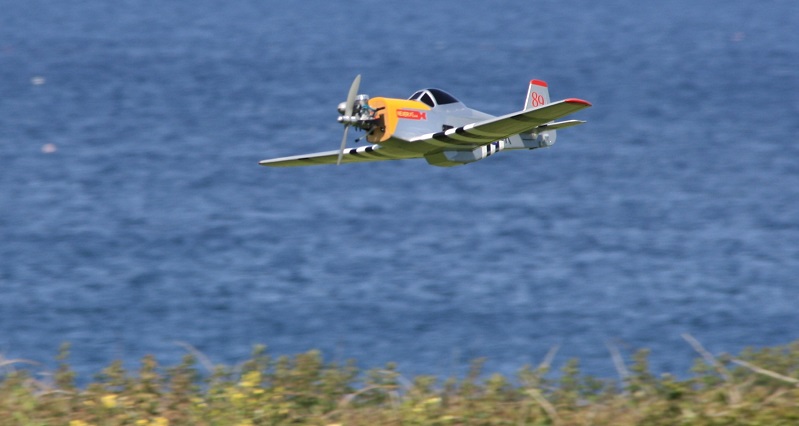 Gliding in for a belly landing… the cowl was removed for this flight so as to allow the new motor to ‘breathe’ a little easier. 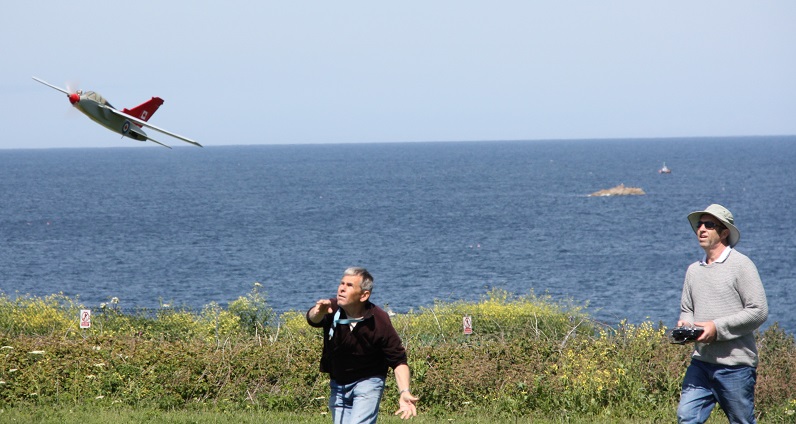 Chris Wilkinson’s ‘Tornado’ gets the ‘veteran’ treatment this time… not sure which is older, the plane or the launcher 😉

Banking in for a low, fast pass 🙂 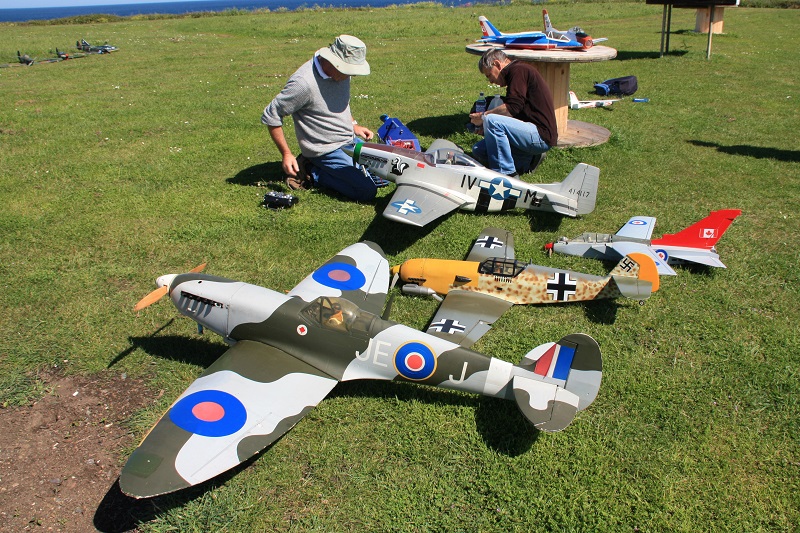 Chris Wilkinson’s various models awaiting the ‘off’. This time it was the tun of his big Mustang… once we got the retracts sorted that is! 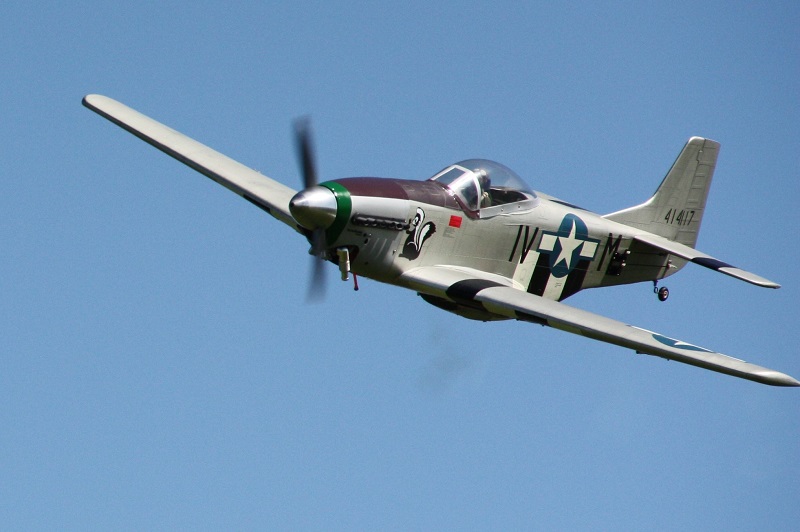 A truly beautiful aircraft in model form. This looked so elegant in the air and Chris’s flying certainly showed it off to its best advantage. 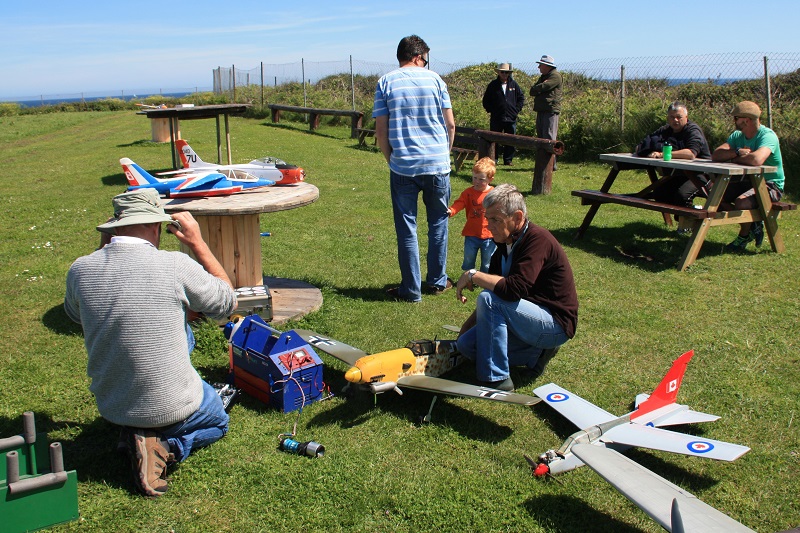 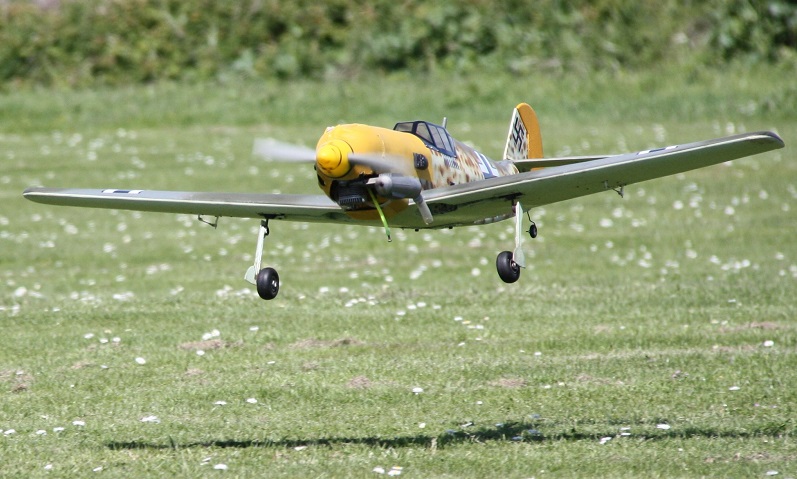 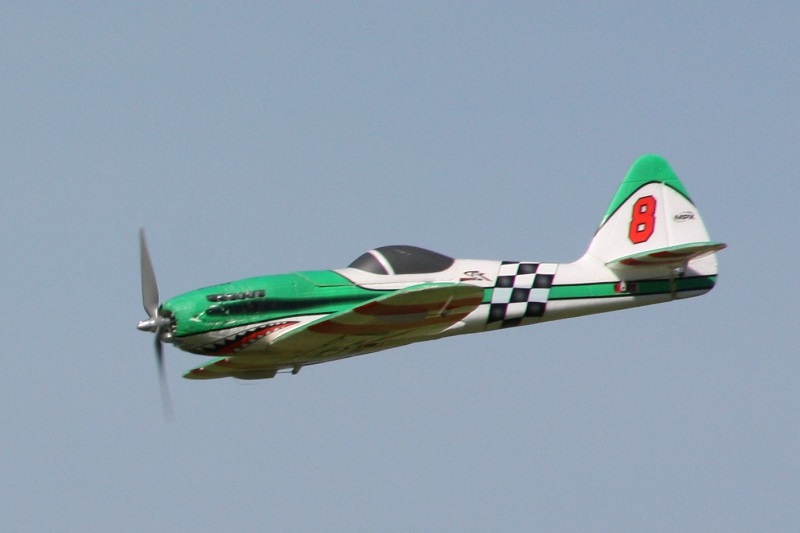 Whilst not strictly a ‘Warbird’ Chris B’s electric ‘Dogfighter’ does bear a passing resemblance to a Spitfire, so I feel justified in including this shot of this reeeeallly fast model.

Thanks again to those who turned up to spectate as well as the pilots who put on a great display. Thanks also to Geoff for all his shots, not an easy task keeping a small, fast model in the frame whilst trying to focus as well! Given the fun we all had, I think that a similar event later in the year could well be on the cards.